Top 10 Best Korean Food for New Eaters to Try Out

The best part about visiting another country is trying out the food, and Korea is no exception. So today we will discover and introduce the best Korean food, and trust us, there’s a lot to get excited about!

Korean cuisine spans thousands of years, ranging from savoury stews to cold noodle dishes, offering every taste from sweet and spicy to everything in between.

Starting out can be overwhelming, so we’ve compiled a list of the top 10 best Korean food for beginners.

This is a guide for the newbies looking to enter an exciting world of culinary tastes and delights.

Here are our top ten picks for the best Korean food for new eaters to try out.

Kimchi stew – more popularly known by the Korean name of kimchi jjigae – is one of the most ubiquitous dishes in Korean cuisine.

Most people know about kimchi, which is a Korean term for fermented vegetables.

The most popular variation is cabbage kimchi, which is preserved with salt, garlic, and chili peppers for a spicy taste.

When this kimchi is aged, it’s commonly used as a cooking ingredient.

Kimchi jjigae uses this spicy, aged kimchi as its base. Garlic and anchovies are added to create a rich, flavourful stock.

As it cooks, onions, scallions, and tofu are thrown in. Meat, mushrooms, and other ingredients can be added as seen fit.

The result is a hot, spicy stew that’s as healthy as it’s delicious.

You haven’t really had tofu until you’ve had the unprocessed “soft” form.

Unlike the standard variation, soft tofu is uncurdled, or so recently curdled that it’s still fresh, and is not pressed into a firm shape, resulting in an intriguing ingredient with a sleek, slippery texture.

In Korea, this soft tofu is commonly used to create a savoury stew called soondubu jjigae.

Flavoured with chilli flakes and garlic, it has a spicy kick that’s sure to please.

The soft tofu goes down smoothly with the soup, making it a triumph of texture and tactile sensation as well as taste.

Especially beloved by children, it’s one of the most popular foods in Korea.

Chewy rice cakes are cut into short cylinders, then covered with a savoury sauce made of chilli powder and rice syrup.

Occasionally, slices of fish cakes and boiled eggs are added in for variation.

This bright red dish is sure to catch your eye as well as tingle your tongue.

Inspired by the Parma Rosa sauce from Italy, the sauce in this variation makes heavy use of cream and milk for an especially rich taste.

When you’re visiting another country, the first thing you want to do is try out the food. Learn how to read a Korean menu to make ordering a lot easier.

As the name implies, it is a dish of rice mixed in with various ingredients.

The idea was to gather leftover food, throw it all into a bowl of rice, and then mix together for a quick meal.

As such, these ingredients vary by region, but the most common choices are spinach, bean sprouts, carrots, mushrooms, and fern bracken.

Red pepper paste is always added in for flavour.

Topped with an egg, either raw or fried, and then vigorously mixed together, the result is a healthy, hearty dish that refreshes the body and soul.

This is one of the best Korean foods according to exchange students in Seoul!

If you are a lover of fried seafood, then you must try haemul pajeon – basically, a Korean version of a fried seafood pancake.

A simple batter is made of flour and water, with scallions added for flavour.

Then the seafood is added in – shrimp, mussels, oysters, clams, and squid are the most commonly used ingredients, though it varies by recipe.

This mixture is dropped into the pan in separate patties, then fried in hot oil until they turn a lovely golden-brown.

Savoury fried seafood in a rich golden batter – what’s not to love?

The noodles are usually made from earthy ingredients like buckwheat, potatoes, and arrowroot, and then served in an icy soup flavored with cucumbers and radish for a tangy taste.

If you want to try out something cold and flavourful, this is it.

As such, the North Korean style of this dish – known as Pyongyang naengmyeon, named after the capital of North Korea – is considered the most delicious, being the original variation that boasts a long and fabled history.

Even in South Korea, the best naengmyeon restaurants are run by North Koreans.

Pork belly is hands down the most popular meat in Korea, where it’s called “samgyeopsal.”

The word can be broken down to mean “three layer meat”, which refers to the three distinct layers of meat and fat that are visible when the pork belly is sliced.

Samgyeopsal can be found in virtually any meat restaurant in Korea, served in raw strips so that the customer can grill it themselves.

Cook it to a crisp, along with the garlic, onions, mushrooms, and kimchi that are provided, and you have a rich, filling meal that stays with you for days to come.

Ribs are another popular meat dish in Korea, where it’s called “galbi.”

Galbi comes in beef and pork variations, but they’re prepared the same way – marinated for hours in a savoury sauce with a hint of sweetness, then grilled to perfection.

The marinade is the crowning glory, made from a mixture of soy sauce, garlic, sugar, and sesame oil, resulting in rich explosion of flavour.

Most families and restaurants have a secret ingredient they use for their particular marinade.

If you’re at a Korean meat restaurant, try both the galbi and samgyeopsal.

These are considered the classic choices for Korean grilling, and you can never go wrong with the classics.

Whenever a conversation comes up about the best Korean food, 닭갈비 is sometimes overlooked, but must be included!

Dakgalbi is a spicy stir-fried chicken dish that originates from the city of Chuncheon, the capital of Gangwon province,

Dakgalbi is made from chicken meat in general – breast, legs, thigh – and is not specifically a cut of rib.

The “galbi” part comes from the fact that this dish is prepared similarly to traditional Korean ribs – soaked in a marinade, then cooked in a large communal grill.

However, the marinade used for dakgalbi has significant amounts of red chilli paste, resulting in a spicier, sharper taste.

Dakgalbi is usually accompanied by sliced cabbage, potatoes, mushrooms, and rice cake, which are cooked together to form a complete meal.

For extra, you can usually get udon noodles or cheese mixed into this dish.

Yukhoe is Korean for “raw meat.” While this dish can be made from any meat, it most commonly comes as beef.

Rich and heavy, yet with a light and delectable touch, it can be considered a Korean version of beef tartare.

The beef is cut into short strips, which is flavoured with spices and sesame oil, and then topped by a single raw yolk, with pine nuts and pear strips as optional accompaniments.

Everything is then mixed together, forming a delicately oily, rich concoction that brims with vigour and vitality.

For safety reasons, it’s important that meat maintains a high standard of freshness and cleanliness, to the point where the Korean government regulates the yukhoe industry.

Since it’s hard to make this dish at home, it’s considered a delicacy in Korea and can be quite pricey.

Unsurprisingly, yukhoe is not for picky eaters, and it’s probably the most difficult food on this list for beginners.

Still, we wanted to round off with a challenge and offer a deeper taste of Korean cuisine.

Ready to learn the most up to date Korean slang being used? This is the Korean slang that you will hear on the street or whilst watching K-Dramas and Movies

Going Beyond Our Top 10 Picks for Best Korean Food

So if you’re ever in Korea, these are our top 10 picks for the best Korean food – specifically chosen for newcomers to Korean cuisine.

That being said, this is only a small taste of what Korean food has to offer.

Use our recommendations as a springboard to jump into a whole new world and search for delicious dishes yourself.

Only then will you find out what you truly love.

As a bonus, check out our article about how to read a Korean menu, so you have all the necessary vocabulary to order your favourite food at the restaurant.

Then you’re in luck because we’ve got a tonne of related content we know you’ll enjoy, including these:

And that’s barely touching the surface! Check out our Instagram channel for useful cheat sheets and flashcards as well as our YouTube channel for much more. 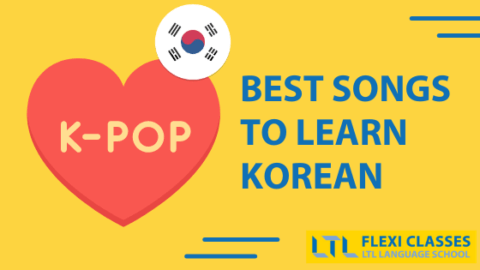 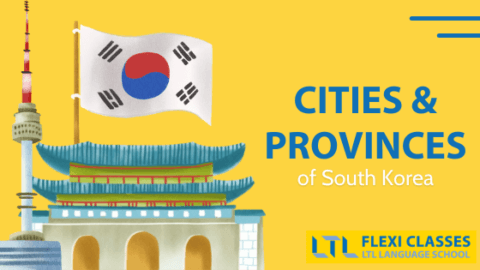