Discover The 3 Japanese Alphabets 😲 How Do They Work Together? Why Three?!

That’s right, way to start off with a head spinning fact on your road to learning Japanese, but don’t worry it’s not as crazy as it seems.

Today we learn about the 3 Japanese Alphabets, why there are 3 and how they work together.

Anyway, let’s rewind… In the language learning process, what people learn at the very beginning is the alphabet.

The English alphabet has 26 letters, Spanish has 27 and Cyrillic has 33.

The Japanese Alphabet is a little bit more complicated than most western languages, because it has 3 types of alphabet. Hiragana & Katakana have 46 letters, but Kanji has thousands!

It sounds confusing but hopefully after reading this article you can understand why, and even differentiate between them already.

The differences of those alphabets are so clear that it is not as hard as many people think.

Let’s dive in and give some basic introductions to the Japanese Alphabet.

First of all lets talk about Hiragana (ひらがな), which is the most basic alphabet of the Japanese language.

Hiragana consists of 46 letters and some combined letters/additional sounds such as ちゃ,しょ,きゃ etc.

Every letter is unique with many curved lines, which make a sentence look like a flowing river.

Hiragana was created during the 9th century in a noble society, mainly for describing something informal, or telling stories.

While men would serve at the court, a whole host of literature was produced by female novelists and poets, and many of them are still read today.

The reason why it is regarded as the basic alphabet, is because everything can be described in Hiragana. This is not true of the other two alphabets.

Japanese elementary school education starts with learning Hiragana because every word, phrase, and sentence written in Hiragana makes sense without the need for using the other two alphabets.

A Kanji for example can also be written in Hiragana, but we’ll come to that later!

For foreign learners, learning Hiragana is the simplest, most useful introduction to gain a basic understanding of the Japanese language.

WANT TO DISCOVER OUR TOP TIPS FOR LEARNING HIRAGANA? We have provided a list of surefire ways to win at Hiragana with a bonus free quiz in our “How to learn Hiragana” article.

Katakana (カタカナ) is the 2nd Japanese alphabet which we’ll look at.

It is fairly similar to Hiragana but only used in particular situations.

The number of letters in Katakana is 46. This is the same as Hiragana as the same sounds are represented, but just written in different ways.

This letter was actually created in the same era as Hiragana, but mainly used by men while Hiragana was the so-called, “female alphabet”, perhaps for it’s more cursive beauty.

In today’s Japanese language, there are no masculine and feminine words neither, like in some languages like Italian.

So why is Katakana a thing then?

The most typical use for Katakana are for words outside of the Japanese language, loanwords essentially.

For example, some words are pronounced the same as English such as:

Other uses for Katakana are foreign names such as “Oliver” (オリバー o-ri-bā). These are directly translated and in these instances Katakana is used.

An example – America which is アメリカ (spoken as a-me-ri-ka. Easy, right?!

A final example would be other “newer words” like Twitter which reads as ツイッター (tsu-i-tta-a). Again, this is essentially transliterated so it will sound very similar in Japanese as it does in English.

In addition, Katakana is often used to emphasize a particular part of the sentence, like how “quotation marks” work.

EXAMPLE – Take the sentence “それはあなたです” (which translates to “that is you”). Here “それ”(that) and “あなた” (you) are totally equal, neither is stronger or emphasised more than the other.

Now this next sentence has exactly the same meaning, but swaps the word “you” for Katakana…

As Hiragana is seen as “soft expression” and Katakana is a little bit more “stiff expression”, describing something in Katakana helps the part to stand out.

How To Learn Katakana (カタカナ) // Essential Things To Know

How to Learn Katakana? | Katakana is one of Japanese’s three alphabets. Katakana are generally more angular looking than Hiragana and focuses on loanwords.

SPOILER – if you know some Mandarin Chinese at this point it will make your life immeasurably easier, but don’t worry if not. We’ve still got this!

So, are you ready to learn about the 3rd Japanese alphabet?

Kanji (漢字) actually originated from the Chinese alphabet. In fact some of the letters/characters are common in the Chinese language also, and even boast the same meaning.

The number of Kanji is COUNTLESS. Like with Chinese characters there are thousands upon thousands but don’t worry, you will never need to learn them all!

As a rough guide, over 2,000 Kanji are taught in Japanese compulsory education.

Nevertheless, Japanese people often face many unknown Kanji, or forget what they learned in school!

The difficulty of Kanji is not only the number of letters, but also the way to pronounce it. Every Kanji has several different pronunciations, again very much like Chinese!

How to distinguish them then?

Basically, they are distinguished only by the context.

However, once you learn Kanji, you will understand how convenient it is.

EXAMPLE – 誠/诚 (these are the traditional and simplified equivalents in Mandarin Chinese) is pronounced as chéng in Chinese but in Japanese the exact same character can be pronounced as makoto or sei.

ANOTHER EXAMPLE – Useful word alert. 日本 means Japan in both Chinese and Japanese… great that we can comprehend this, but beware, they are read differently!

So where Kanji differs from Hiragana and Katakana is that one character/pictogram can represent a number of syllables whereas in the aforementioned two, each letter of the alphabet always has one sound.

First of all, it shortens the sentences. While Hiragana and Katakana have only one sound for each letter, many letters of Kanji contain more than 2 sounds, so that it helps to describe something shortly and briefly, without losing the point.

EXAMPLE – This sentence is written fully in Hiragana “わたしはべんきょうをします” (watashi wa be n kyō o shimasu) which simply translates to “I study”.

Now if we re-write this slightly to Kanji “私は勉強をします” we save 5 letters.

They are read exactly the same.

Now imagine when writing long extracts how much space you can save by writing in Kanji!?

Another big feature of Kanji is that it makes the meaning of the words clear.

Hiragana and Katakana are “phonograms” that only represent a sound, but on the other hand, Kanji is a “ideograph” that shows an idea by itself.

Sentences that include Kanji allow the meaning and context to be portrayed in a more precise way than using Hiragana or Katakana.

In addition, Kanji identifies “homonyms” that are words with the same pronunciation, but different meanings.

With Hiragana and Katakana, those words have exactly the same spelling, but usually different letters of Kanji are applied for them.

When people tell a story in written Japanese, Kanji helps to avoid the confusion and misunderstanding for readers.

Japan’s 3 alphabets consist of quite a lot of letters, but by using them differently depending on the situation and the context, sentences become easier to read and understand.

It is not so simple to learn everything completely, but learning Hiragana is enough as a first step.

After this move onto learning Katakana and Kanji as supporting alphabets. At least, having knowledge about the different features of those alphabets helps you to learn Japanese faster.

How To Learn Kanji // The Ultimate Tips & Tricks You Should Know

How to learn Kanji? Generally, you’ll need to learn about 1,000-2,000 Chinese characters in Japanese. Here’s the best way to go about learning them.

OK, we know it seems confusing, but don’t worry the concept of the Japanese Alphabet actually being three-fold isn’t so difficult when you start taking your Japanese lessons!

Remember how they differ and why they are used.

First and foremost you want to learn the Hiragana and Katakana which actually doesn’t take all that long.

Once you’ve done this you can focus on learning the most commonly used Kanji and then in no time you’ll be reading Japanese!

Utilise the videos we’ve posted in this article to help your studies.

Intrigued by the alphabets of Asia? We’re sure you’ll also love our guides on the Chinese Alphabet, Vietnamese Alphabet and the Korean Alphabet as well then!

Japanese vs Korean vs Chinese – which is really the hardest? Find out what the experts said in our article! 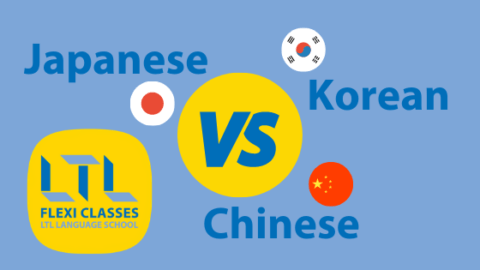 Next Post Japanese vs Korean vs Chinese | Which Is Really The Hardest?