A bizarre question with an equally bizarre answer, as there actually aren’t really swear words in Japanese.

You may be asking yourself… ‘But I’ve seen captions in anime say fck???’ ‘How do they show their anger???’ etc.

And you wouldn’t be wrong!

Although there is no one single word for ‘fck’ in Japanese, there are ways to express it.

And actually, you’ll find that most swear words in Japanese, or ways to swear in Japanese, are done by using more common words or phrases and adding a couple of words or changing the way you say them.

So let’s take a look at 15 swear words in Japanese and learn the most important thing in the language… How to swear in Japanese!

When to Use Swear Words in Japanese

It’s worth noting when to use swear words in Japanese.

The answer to this is quite simple… not often. It is not usual in Japan to use swear words or bad language in public.

Of course, you certainly shouldn’t say any of the following swear words in Japanese or phrases to anyone higher up than you, as Japanese is a very respectful language and culture. Unless you know someone really well, it is a good idea just to never use these.

In fact, using informal language to someone higher up than you can be deemed offensive.

Be careful when speaking to elders, your colleagues at work, or senpai.

You should also be careful of sounding too aggressive or offensive when saying such phrases to someone younger than you.

Basic Phrases in Japanese // Learn these phrases to make your first steps when learning Japanese. We teach you how to get by when speaking basic Japanese.

Meaning: YOU!! (In an angry/informal way. This word makes me think of ‘you + an angry emoji.)

Funny one this isn’t it! How can YOU be a swear word in Japanese?!

This is actually heard a lot in anime.

Although not technically a swear word in Japanese since it does just mean ‘you’, said in an angry or informal way it can be very offensive.

It’s often used in conjunction with other insults.

EXAMPLE | “teme, nani shitendayo” (てめぇ、何してんだよ), or, “Hey you! What the hell are you doing?”

Not a word in itself, ‘yaro’ is added to other words or insults to add ‘bastard’ onto the end of it.

Often used is ‘bakayaro’. Baka (バカ), which we will see further down, means ‘stupid’. So bakayaro (バカヤロ) is ‘stupid bastard’.

The literal meaning of ‘kuso’ is shit, and one of the few Japanese swear words that pretty much is very similar to the usage in English.

You can also add it onto words to emphasise it, like how in English you might say ‘f*cking difficult’’.

However, translating it in this way is a bit problematic because f*cking sounds much stronger in English than in Japanese.

Whereas kuso can actually be used quite commonly without such a strong connotation.

Kuso is one of the most popular swear words in Japanese for foreigners to learn, it can be said when you spill coffee on yourself, bump into something etc.

Another one the Japanese anime fans will recognise, fuzakenna is used often in anime.

It roughly translates to something like ‘you’re freaking kidding me’ or ‘f*ck off, no way’.

More of a softer swear word in Japanese that can seem harsh if you want to say it particularly in a more aggressive manner.

It’s very useful in any situation you’re pretty annoyed by.

Both of these are used to mean ‘stupid’ or ‘idiot’, so it’s generally not the harshest of swear words in Japanese to use.

The difference in the two is mainly dialectal.

In Kansai (Osaka & Kyoto regions), you will hear ‘baka’ much more than in Kanto (Tokyo region) where ‘aho’ is much more commonly used.

Remember earlier we saw how that baka (バカ) can be combined with yaro ヤロ to make bakayaro (バカヤロ) meaning ‘stupid bastard’.

Uzai is another kind of light curse or swear word.

It’s not a swear word in itself but you can use it to express your disgust or anger, as it means ‘annoying’ or ‘yuckkk’.

It’s also a great way to tell someone they’re being too noisy as it also means ‘noisy’ or ‘loud’.

Japanese vs Korean vs Chinese | Which Is Really The Hardest?

Thinking about learning an East Asian language and don’t know which one to go for? Japanese vs Korean vs Chinese – it’s a tough choice right?!

Yatsu is a swear word in Japanese that does just mean ‘guy’… however, it carries a negative connotation.

By using 奴, you are not directly insulting someone, but as I mentioned earlier on in this article, there is a certain way to talk down to someone without explicitly doing so.

This is definitely one of those examples. No one would enjoy being referred to as ‘yatsu’.

Using 奴 will show you don’t have a lot of respect for that person/people.

This translates roughly to “This school is full of freaks/weirdos”.

As the English translation shows, this one is pretty offensive.

It literally means ‘to die’ in the imperative, therefore its meaning really is “Go and die.”

Save this one for when you’re really angry…

(Or joking with really good friends.)

Another literal translation that works, ‘kuso’ as we learnt earlier means ‘shit’. ‘Kurae’ is ‘to eat’ in the imperative, i.e. = eat shit!

Pretty offensive as far as swear words in Japanese go…

A pretty strong insult when used on a woman, it means ‘ugly’.

We definitely recommended you DO NOT throw this one around randomly!

Whilst you’re out offending women, why not go the whole way…!

‘Yariman’ in Japanese means the same as ‘slut’ in English, so it’s pretty simple to know when you should and shouldn’t use this swear word in Japanese (i.e. not very often).

DO NOT WORRY – learning Japanese numbers is not so difficult. Learning the numbers in Japanese can also open up some unexpected doors.

This is a good swear word in Japanese to use on those younger than you, especially children (although we most certainly aren’t endorsing swearing at little Japanese kids)!!

Quite interchangeably used with when you might say the word ‘brat’ in English.

Not much explanation needed for this Japanese swear word.

Use it with caution!

Meaning: Shut Up, You Bastard!

Let’s end on a high note!

Or a really bad note… One of the worst swear words in Japanese, i

だまれこのやろう combines ‘shut up’ with ‘bastard’ that we learnt earlier. Therefore making the poetic phrases ‘shut up, you bastard’.

Needless to say, save this one for those times when you really need it… Don’t go shouting it around! But you might want to listen out for it in Japanese anime…

I love learning about swear words in Japanese because it really is an art form almost.

In English, we have simple words that indicate strong emotions. Of course, we have phrases too.

But Japanese, once again, is much more intricate and instead relies a lot on tone, what you’re adding the phrase to, and who you’re saying it to.

Just when you were starting to think Japanese isn’t all that difficult, they had to go and make swearing hard, too.

Nevertheless, a lot of these swear words in Japanese you will hear regularly in anime, so you can watch and listen. You won’t hear them too much in real life, as Japanese culture is very reserved and polite.

They’re certainly worth learning, and in a rowdy evening izakaya you’re bound to hear these words thrown around as people get loose on a cold pint of Sapporo.

If you know of anymore swear words in Japanese we missed out, why not tell us in the comment section below, we’d love to learn more together!

If you love learning to curse in other languages, we’ve got plenty more, starting with these cutting curse words in Vietnamese!

Alongside that, check these out…

We’ve gone all out for our Mandarin version. Here is your complete guide to 55 Chinese swear words.

Korean is a fascinating language and we think you’ll enjoy learning the 10 most common Korean swear words. 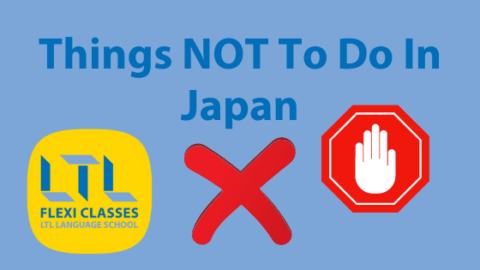