The Ultimate List of Japanese Greetings // Discover The Basics

Today we are going to learn some basic Japanese Greetings used in daily life.

These greetings in Japanese can range from casual ones with your friends to more formal greetings.

Greetings are the first barrier to break the ice when meeting someone new and it can be quite nerve racking, especially if you are just starting to learn a new language.

Before teaching you how to say the basics, we want to give a little lesson on etiquette.

Japanese greetings can vary depending on who you are speaking to. We’ll cover this first, and then move onto the greetings in Japanese after.

You’ll then get to test your knowledge in our 10 question quiz at the end!

Japanese Greetings | On the Phone

Japanese sentences will vary depending on who you are talking to, especially age wise.

This is one big thing you will have to be careful of when speaking Japanese.

Another thing about the Japanese language you need to know…

When the sentence is longer, it generally becomes more polite.

If that doesn’t quite make sense yet, don’t worry, you will see shortly!

Basic Phrases in Japanese // Learn these phrases to make your first steps when learning Japanese. We teach you how to get by when speaking basic Japanese.

Let’s go through the levels of politeness and respect in the Japanese language, then get the hang of the structure and how people are categorised.

This applies to people who are the same age or younger. Informal Japanese greetings are of course used between friends and family.

However this can get a little more complex because these greetings also apply to family members, but it all depends on how close you are to that family member.

Here are some examples of whether someone should be greeted formally or informally in Japanese.

Example 1 : My aunt (informal).
Every time I would go on holiday, I would stay at my aunts. We often meet for food throughout the year also.

With my aunt I would therefore use informal Japanese greetings.

As I know my grandmother as well as anyone, informal Japanese greetings would also apply here.

Example 3 : My uncle – (formal).
I see him once a year at most, we greet and exchange life updates though we rarely talk otherwise.

As I know my uncle a lot less, we would use a more formal Japanese greeting.

Japanese Loanwords 🤩 41 You Should Learn Straight Away

Japanese Loanwords are actually a great way to boost language learning motivation because it makes you realise you can still find similarities with English!

So when would you use more formal friendly Japanese greetings?

This applies to people that you work with, your colleagues for example, or people that are older than you.

This could also be someone you don’t know well, strangers young and old.

Here are some real life examples.

Example 1 : Colleagues – formal polite term.
I would use formal and polite terms with any colleague I work with, young and old. Some people such as team leaders or managers tend to use informal friendly terms towards lower rank and younger colleagues.

Example 2 : Best friend’s mum – formal polite term.
She watched me grow up and I often had sleepovers at her house. However, she isn’t family, and it’s therefore preferred to use formal and polite terms out of respect.

So when should you be using the most formal Japanese greetings?

Kind of obvious really isn’t it?

Reserve the most formal Japanese greetings to your boss, clients, and customers, the ones that you REALLY don’t want to mess with.

Now we hope this hasn’t overwhelmed you too much!

Don’t worry though, even for us native Japanese speakers these terms can feel very complicated and difficult.

In fact, I even google certain polite terms from time to time!

The key is simply to put the effort in and show some respect, and you’ll be just fine. People appreciate the effort and time put in for non-native Japanese speakers.

Things Not to Do in Japan 🙅‍♀️ Guide to Japanese Etiquette

OK now we’ve got the formalities out of the way it’s time to start learning some Japanese greetings.

We’ll start with the most used ones, and we’ll show you the formal and informal ways of saying each one just to help you!

お疲れ様です [o tsu ka re sa ma de su] is such a useful Japanese greeting in a professional environment, like at the office.

You can use this with anybody you work with, colleagues, bosses or managers.

It is extremely versatile and can be used as “Good morning”, “Good afternoon”. “Good night”, “Hello”, and “Bye”. I use this expression at least 5 times a day.

Here are some more of the best and most used Japanese greetings:

That’s plenty of Japanese greetings for you to learn.

Did we miss any out? Why not tell us in the comments below and we can add them to the article 🙂

Japanese Greetings | On The Phone

On the phone Japanese greetings can actually be different. Here are 3 examples of how we greet people using our phones:

And that concludes our lesson on Japanese greetings… but how many did you remember?!

It’s time to quickly put yourself to the test with this 10 question quiz.

How many greetings in Japanese do you remember?! Let’s find out now…

Why not check out our guide on the essential Chinese greetings you need for a visit to Beijing, Shanghai or Shenzhen!

Maybe you are wanting to go to Korea? In that case you need to know the different ways of saying hello in Korean as they differ depending on who you speak to!

Or perhaps you want to go a bit more left-field and learn how to say hello in Vietnamese?

Interestingly there are two Vietnamese greetings that sound almost identical to two popular European versions – but do you know which ones they are?

Come and find out!

Thanks for reading, and don’t forget, you can enjoy 3 free hours of Japanese lessons right here! 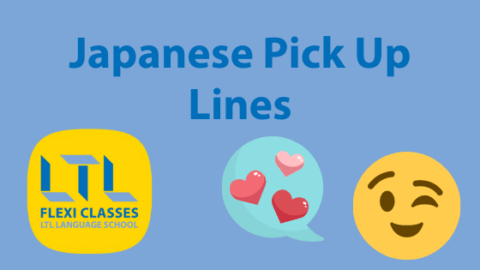 Next Post HOW TO – Learn Japanese Lyrics 🎶 The Ultimate Guide