A Complete Guide to Hangul Day

Welcome to this introduction to Hangul Day or 한글날 (hangulnal) in Korean!

If you are learning Korean, you will already know what Hangul 한글 is, because it’s the first thing you learn when you study the language.

For people who don’t know, Hangul is the Korean alphabet.

Hangul Day is a public holiday that commemorates the Korean alphabet every year on October 9th.

Hangul Day | An Introduction to Hangul

Hangul Day | When is Hangul Day?

If you want to know more about Korean holidays, check out our introduction to public holidays in South Korea 👇!

Hangeul was created during the reign of King Sejong on October 9th 1446.

The first version of Hangeul was introduced by a book of the same name, explaining the logic of the characters through their shape, and Hunminjeongeum was thus taught to the population.

The term Hangul was introduced by Chu Si-gyeong in 1912.

Before Hangul was used as an alphabet in South Korea, Koreans used Chinese characters (hanja), which was a problem because many people couldn’t read them.

A major tool of the Korean resistance during the war, its use exploded at the end of the Second World War, once Japan was defeated.

Hangeul enabled the entire population to become literate and became the official language of South Korea.

Originally, the Hangul consisted of 28 letters, but over time 4 letters were lost. Today there are 24 basic letters: 14 consonant letters and 10 vowel letters.

Internationally, experts have defined Hangul as the best writing system, because of its ability to transcribe a large number of sounds and because it’s easy to read.

For everything you need to know about Hangul from A to Z, it happens here! 👇

The Korean Alphabet | A Complete and Definitive Guide to Hangul 한글

Learning Korean? Need to understand the Korean Alphabet? This complete guide will tell you everything about the 14 consonant letters and 10 vowels of Hangul

Hangeul Day takes place on October 9th and commemorates the invention of Hangul.

This is a very important day in Korean culture, as it signifies the birth of their own writing system.

This day is marked in red on Korean calendars, which means that this day is a public holiday. But it wasn’t always so.

Between 1991 and 2012, Hangul Day lost its holiday status and workers weren’t given a day off.

Fortunately, it’s status was reinstated in 2012.

Nowadays, you can enjoy the crisp autumnal weather and activities that Korea usually experiences in October instead of having to work or go to school.

How to Celebrate Hangul Day?

Most of the time people celebrate this day by staying at home and taking a day off from work and school.

However, in Seoul, it’s not uncommon to see thousands of people going under the golden statue of King Sejong and visiting the King Sejong Museum.

It is located directly under the large golden statue of King Sejong on Gwaghwamun Square, opposite Gyeongbok Palace.

Inside the museum, there are several exhibits that explain the creation of many of the advances made during King Sejong’s reign, including Hangul.

King Sejong’s reign is often considered a golden period, when knowledge, rather than war was the highlight of the era.

Koreans also visit the National Hangul Museum, where they can relive the history of the creation of the alphabet and participate in various activities.

They can also learn more about King Sejong’s reign by visiting the King Sejong Memorial Centre and the Sejong Iyagi Centre providing an insight into his history.

Get a head start by learning the most common places in Korean and the vocabulary related to some of them. The bank, hospital and more. You’ll be ready.

When is Hangul Day?

As we mentioned before, Hangul day is always celebrated on 9th October every year.

FUN FACT | When a holiday falls on Sunday in South Korea, the following Monday is also a day off.

Here’s some useful words that you can use or find during Hangul day:

If you’re just starting in your Korean language studies, you’ll need to learn the alphabet first.

We’ve got some handy flashcards to help you remember all vowels and consonants of the Hangul alphabet:

Make sure you also download these Korean Writing Worksheets to practice your handwriting. All PDFS are ready to be printed:

There are many national holidays in South Korea, and all come with their own traditions and history. Check out these to discover even more about Korean history and culture.

Have you ever celebrated a holiday in South Korea? Share your story with us in the comments! 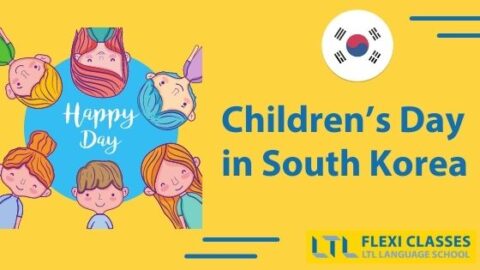 Previous Post Children’s Day Korea // Everything You Need To Know 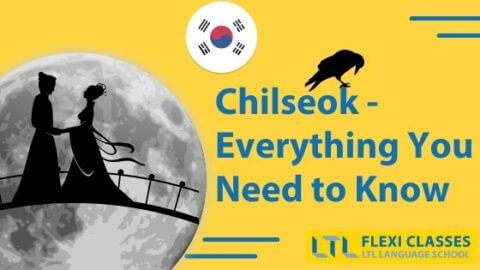