Korean Loanwords or Konglish | You Already Know Some Korean!

Korean Loanwords do really exist, and they are here to make your life learning Korean easier than you thought!

There is nothing clickbaity about the title! You genuinely already know a number of words in Korean (even if you’ve never studied Korean) thanks to Korean Loanwords, or Konglish!

Today we are going to teach you 63 of those words! But first, to answer a question that’s probably on your mind…

WTF is Konglish you ask? Well you’ve heard of Chinglish right? (if not click that link).

The equation to Konglish is simple:

However, whilst Chinglish generally relates to more humourous translations of English to Chinese, and Singlish focuses on the accent… Konglish is essentially Korean Loanwords.

Konglish refers to English loanwords that have been appropriated into Korean and includes many English words that are used in ways that are not readily understandable to native English speakers.

For more of that check out the Konglish article on Wiki here.

So why are we teaching you Konglish?

Well, learning Korean Loanwords is actually an incredibly motivating way to learn a language as tricky as Korean. By already discovering a number of words in a language completely different to English, it gives us a mental boost.

It proves to us learning languages like Korean is absolutely not impossible, and that there are similarities, even if the two languages differ so much.

So today, to help you along your Korean journey we want to give you a foot up, and get you believing it can be done.

We will split the words in categories below… so pick your favourite or better still, study them all!!

Remember when looking at the words, focus on the Romanization if you cannot read Korean, this will show you how to pronounce the script.

The Korean Alphabet | A Complete and Definitive Guide to Hangul 한글

Learning Korean? Need to understand the Korean Alphabet? This complete guide will tell you everything about the 14 consonant letters and 10 vowels of Hangul

Because food is more important than anything else… so obviously it comes first.

Korean cuisine is also something else! If you are yet to discover it, oh boy, you’re in for a treat.

Here’s some Korean Loanwords you already know in English!

Chicken – 치킨 (chikin) refers to fried chicken. The recipe for fried chicken came from Black American soldiers who were stationed in Korea after the Second World War and now has become a staple in Korean culture.

Ice Cream – 아이스크림 (iseu-keulim). Very easy to remember and a lifesaver when you are in Korea during the summer months!

This one deserves some extra attention…

One Shot! 원샷 won-syat – Ever been in a bar with your friends and you are the last one to finish their drink (yea, me too)…!

This is an expression when you go out to drink with friends or colleagues and you have to finish your drink in one shot.

As you can see by the romanization, the Korean is remarkably similar, if not identical to the English, “One Shot”!

Here we will focus on how to learn Korean on YouTube, by listing some excellent channels you can utilise. There are some superb channels where you can spend hours learning Korean.

Bond – 본드 (bond-deu). Nothing to do with our friend James Bond. Instead this is taken more literally meaning glue.

Eco Bag / Bag for Life – 에코백 (eh-ko-baek). With plastic bags becoming a thing of the past when going to the supermarket, Eco Bag is a very 21st century word to know. Thankfully in Korean, it’s the same as English!

Open Car / Convertible – 오픈카 oh-peun-ka. Cool one this is. A car which top opens is what? Exactly, a convertible!

Rear View Mirror – 백미러 (baeg-mileo – spoken as back mirror). A mirror that allows you to see what’s behind you is known as a “back mirror” in Korean. Easy to remember?!

KEY NOTE – In Korean the R sound does not exist so you’ll notice words like Running and Ribbon start with the L so they essentially sound like Lunning and Libbon in English.

Solo – 솔로 (solo). This one is mostly used by younger generation, when you’re single, you’re enjoying the “solo” life!

Taxi – 택시 (taegsi). Taxis are quite cheap in Korea but it is rare to find English speaking drivers, it might be useful to learn a few words in Korean to communicate with your driver.

This article is a good starting point!

Studio (apartment) – 원룸 (won-lum, spoken as one room in English). It is very common in big cities like Busan or Seoul to have studio apartments for younger people to live in. These studios are composed of one room only, that’s why they are called “one room” in Korean.

Villa – 빌라 (billa). This is very specific to Korea. A villa is an apartment (often quite old fashioned) in smaller buildings and not particularly highly prised by younger/trendier people who prefer to live in Apartments 아파트 (aparteu) located in high rise buildings.

Career Woman – 커리어우먼 (keorieo-umeon). Spoken almost exactly the same as the English version, a career woman is a woman who works, and lives to work, taking great pride in her career.

Salary Man – 샐러리맨 (saelleoli-maen). This word is very common both in Japan and Korea. It refers to employed men in big cities with suits and briefcases, businessmen.

Time to get techy with the top Korean Loanwords in Tech.

Acetone – 아세톤 (a-seh-ton). What do you use to remove nail polish? Acetone! Nice and easy!

Burberry (the brand) – 버버리 (bo-bo-ri) – The most famous trench coats are from the brand Burberry. Because of this, the brand slipped into common language and is now a trench coat is a Burberry. A bit like how a tissue can be referred as a Kleenex.

Panty – 팬티 (paen-ti). It’s worth nothing whilst in English Panties generally only refer to female underwear, in Korean that is not the case. 팬티 is gender neutral so chaps, don’t be worried about describing your underwear as Panties!

Comfort Food – 소울푸드 (soul-pudeu, spoken as soul food in English). This concept is very important to Koreans, as food is a huge part of their life. Comfort food is food for the soul, or “soul food”

Dutch Pay (Going Dutch) – 더치 페이 (deo-chi-peh-ee). When the group split the bill between them, meaning everyone pays their own share.

It’s worth noting this is not very common in Korea. Usually the elder person/people will pay for everyone.

FIGHTING – 파이팅 (pai-ting). Not to fight, but kind of like 加油 in Chinese, the person is trying to cheer you up, encouraging you to do great. The fighting isn’t seen as the physical act to fight, but as in fighting through difficult moments to achieve something great. Learning Korean? FIGHTING!! You got this.

Visual – 비주얼 (bi-ju-al). Usually when we say someone is a “visual” it means they are good looking or the most good looking person in a group.

Working Mum – 워킹맘 (woking-mam). While Korea is still a very traditional and Confucian society, it is not rare to find working mums nowadays.

There we have it 63 words in Korean you already knew! Not so bad is it?

DID YOU SPOT – some words in Korean are taken directly from English but in daily usage their pronunciation was too long, so Koreans cut the words in half to make it easier

Drop us a comment below with any that you found.

14 of the Best Korean Streaming Platforms 🍿

Where to watch Korean dramas? That is definitely a question we all asked ourselves! We listed 12 of the best Korean streaming platforms for you. 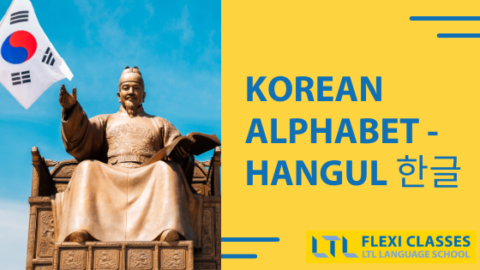 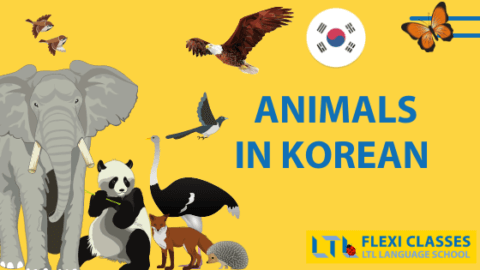 Next Post 170+ Animals in Korean 🐙 The Ultimate Guide for All The Animals!