Which Vietnamese Dialect Should I Learn 🙇🏼‍♀️ North vs South

This is one of the very early questions a Vietnamese learner asks themselves – which Vietnamese dialect should you learn.

When you research materials about Vietnamese online, you learn quickly that there are lots of different dialects of Vietnamese.

Each region has its own way of speaking. For me, that’s part of what makes learning Vietnamese so exciting.

There are so many established dialects and each one has its own special characteristics. There are so many different fun differences between them that I know I’ll never get bored studying Vietnamese.

Vietnamese Dialects – What Is A Dialect?

Vietnamese Dialects – The Best of Both Worlds

The Best Vietnamese Podcasts You Need To Know About (for 2021)

Podcasts are a super way to learn. With that being said we have prepared a list of the top 10 Vietnamese podcasts to help improve your language skills.

Before I go any further, I want to address a question:

What Even is a Dialect?

This is a really complicated question, and I’m not actually going to answer it. Dialects can be defined for political reasons, like in China where all the Sinitic languages (e.g. Cantonese, Mandarin, Hokkien, etc.) are defined as dialects.

This gives the sense that everyone speaks the same language. In English, we rarely use the word dialect to define the differences between the way people speak.

Even though in the United States we have different dialects of English with their own distinct grammars and vocabularies, like African American Vernacular English (AAVE), the general population doesn’t conceptualise them as dialects, even if a linguist might.

I give all these examples to say, the difference between dialect, language, and accent isn’t exactly clear.

For the purposes of this article, I’m going to use the words “dialect” and “accent” interchangeably.

From what I’ve observed here in Vietnam, people here also use both of these words to refer to the way people speak in different regions of the country.

So What Vietnamese Dialect to Learn?

I’m by no means an expert on Vietnamese dialects, but here’s what I do know.

For Vietnamese, there are three major dialects.

There are lots of word differences as well, and intonation and pronunciation are pretty different too. That being said, they are largely mutually intelligible.

I find that a lot of learners are really strict about sticking to one dialect. They only want to watch videos in one dialect, listen to audio in one dialect, speak to speakers who speak the dialect they’re learning.

Honestly, I think this approach is wrong and not practical for the realities of dialects in Vietnam.

One of the first things I noticed upon moving to Saigon is that I was immediately confronted with the challenge of having to become bidialectal, at least passively, almost immediately.

I live in Ho Chi Minh City, which is a city with people from all over Vietnam.

When I talk to street vendors, taxi drivers, friends, or other strangers I meet, I never know what dialect they’re going to speak in.

This is also true for when I listen to Vietnamese podcasts or watch the news.

I want to explain how I decided what dialect to learn and also how I’m working to passively be able to understand other dialects so that I can communicate with the widest swath of people possible. I’ve found decent success in this approach, but it’s my no means the only way to tackle this issue.

I was initially drawn to the Hanoi accent.

Since Hanoi is the capital of the country, that accent felt more official to me. Also, a lot of the materials I initially found online for learning were in the Hanoi dialect.

Vietnamese learning materials are already relatively sparse compared to languages like Mandarin or Spanish, so I figured I would make my life a little easier if I learned the dialect with the most materials. However, after some more research, I changed my mind.

I ended up landing on the Saigon accent for a few reasons.

First and foremost, I live in Saigon. It’s the accent I hear most, and it’s the one most of my friends speak.

I also thought about using Vietnamese in the US, where I’m from. From what I understand, a lot of the Vietnamese community in the US speaks with the Southern accent, so I thought it would make it easier for me to communicate with people if I ever use it in the US.

Lastly, I’m from Mississippi, which is located in the South in the US. I’ve spent most of my life there, and I’m drawn to things that are Southern. This extends to my foreign language interests.

When I speak Mandarin, I speak with a Taiwanese accent. I’m attracted to languages spoken in Southern China, like Cantonese and Taiwanese. I decided I wanted my Vietnamese learning studies to also be distinctly Southern.

All that being said, I have been consciously observing other Vietnamese dialects and trying to also learn about them as well. Before getting to how I’m doing that, I want to also go through some thoughts on why someone might learn the Northern dialect.

I can think of lots of reasons why someone would learn to speak like a Hanoian.

Maybe that’s what your family speaks at home.

Or perhaps you’re drawn to Hanoi’s ancient history and want to live there.

Also, like I said above, most of the better Vietnamese learning materials out there are in that accent anyway. This is changing, but at the moment that’s the case.

The Northern accent is associated with speaking elegantly. People say that people from Ha Noi, “nói như hát,” speak as if they’re singing.

That might be something that appeals to you, and if it does, maybe the Northern accent is the one for you!

Vietnamese Accents – The Best of Both Worlds

Regardless of what accent you learn, you’re going to need knowledge in other dialects.

For me, I’ve made my approach to learning different dialects more conscious. I focused on just the Saigon dialect when starting, but as I’ve gotten deeper into the language, I’ve also added study of other dialects into the mix.

My personal goal at the moment is just to understand people from different regions, but one day I might also strive to speak with different dialects.

Oh, and on a very important side-note, people sing different karaoke songs in the different dialects depending on where the songs are from, so even people who speak the Saigon dialect all the time know how to sing in the Hanoi dialect. If you’re a big karaoke fan like me, this is important to know.

How To Study Vietnamese Dialects?

In regards to studying, I would recommend sticking with one dialect for speaking, at least at first.

For listening, however, it’s good to practice with lots of different accents.

The Wikipedia page on Vietnamese language has a section on language variation that isn’t a bad place to start .

It’s not too long and it gives a good overview on how they are different.

In terms of vocabulary, I find that most young people that I interact with seem to be familiar with the differences in each region.

When I use a word that’s from the North, my Southern friends not only know it, they offer up the way they would say it as well.

The next thing I recommend is looking into different Vietnamese news and radio stations. Every major city has their own news station. Most have websites or YouTube channels.

Even if the news presenters are using a more official or standard version of Vietnamese, a lot of the people interviewed will speak as they normally do. This is a great way to get exposed to a lot of different regionalisms.

If you’re taking Vietnamese lessons, it’s actually pretty likely that your teacher will teach you both as you get more advanced.

When I was taking lessons about a year ago, my teacher would often just casually mention differences. She would teach a grammar pattern common in the South and then give me the Northern equivalent.

I didn’t ever strive to acquire the Northern versions, but I did mentally note them down so I can understand them when I encounter them.

I know all of this might sound daunting, but for me it’s what makes Vietnamese endlessly exciting.

The fact of the matter is that regardless of what dialect you choose to learn, you can’t go wrong!

As long as you’re speaking in one of the more prevalent dialects, people will understand you.

That doesn’t mean that you’ll understand other people, though, so you might need to put in a little extra effort to understand speakers from all over the country and the Vietnamese diaspora.

FANCY LEARNING VIETNAMESE? We know you’ll love our top-rated online Vietnamese courses. We offer a 7 day free trial to all new online students where you can study 24/7.

What’s more – we even offer Vietnamese courses in Vietnam too. Check out our small group classes for Vietnamese or our individual programs.

In fact, we teach Mandarin, Japanese, Korean, Taiwanese and Shanghainese as well!

Come and be a part of our amazing community! 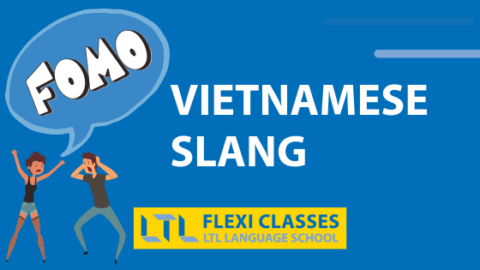 Next Post Vietnamese Slang // 8 Words You Need To Learn